Up until now there have been three people whose names in a cartoon are enough to stimulate angry responses. The three are Pollard, Obama, and Glenn Beck.1- Any use of the President's middle name brands me as a racist!2- Any discussion of Pollard and his abandonment by the Jewish "powers that be" both in America and the Israeli government here in the Middle East always brings an angry response or two.3- Any defense of Glenn Beck brings advice that I should not be deceived by this fascist antisemitic demagogue.Suddenly a fourth name has been added (by the Main Stream Media) to the list of names you can't say without hitting a "nerve": Donald Trump.
* * *
For some reason the situation reminds me of George Carlin's classic Seven Dirty Words You Can't Say On TV routine from 1972. I came to Israel in 1971 and started Dry Bones in 1973. But unlike Carlin I never intended to shock. I wanted (and still want) to win folks to my "side" by allowing them to "see" my point of view through humor. So the offensiveness of the three (now four) names creates a real problem for me.

According to the (British) Telegraph:

By Peter Allen, in Paris 11:03AM BST 11 Apr 2011 The women were arrested along with several other people protesting in front of Notre Dame cathedral in Paris against the new law.Journalists at the scene said the arrests came after police moved in to break up the protest which had not been authorized.On Saturday police arrested 59 people, including 19 veiled women, who turned up for a banned protest in Paris against the draconian new law, the first of its kind to be enforced in Europe.Earlier, French police said they will be enforcing the country’s new burka ban "extremely cautiously" because of fears of provoking violence.They fear Muslims extremists will use the law to provoke fights with officers, while rich visitors from countries like Saudi Arabia will also cause trouble . All garments which cover the face were officially banned from first thing this morning, with offenders facing fines of 150 euros (£133).But police admitted that they feared being accused of discrimination against Muslims, whether approaching women in tinderbox housing projects or on the Champs Elysee. -more

Living outside of the United States you tend to think of a lot of prices in U.S. Dollars. It's a stable international measure of value.Living outside of the United States has now become a really good way to watch the fall of the U.S. Dollar. On our daily TV news shows, we are shown just how many Israeli Sheqels one Dollar will buy today. A stable Dollar and an American economic recovery is what we need. But what we just got was the news that Uncle Sam's credit rating has been lowered! Yikes! Changing times.
2011.

This coming Monday, April 25, 2011 will be the seventh day of Passover and is celebrated as a "full" holiday. Mr. Shuldig is planning to continue his non-stop Matza Munching until Monday night!!Next cartoon on Tuesday April 26.Happy Holiday!

. . . it's one of those cartoons in which Mr. Shuldig explains human behavior to Doobie, his dog, and it comes with my very best wishes for a Happy Easter to all of our Christian friends!

At Passover we all dutifully pledge to be living "Next Year in Jerusalem". In 1971 I did it. I came "home" to Israel from America, the land of my birth.Two years after arriving in Israel, I began drawing a political comic strip for the Jerusalem Post. I called it Dry Bones. It became an overnight success and was soon being quoted by major international media as revealing what the Israeli “man in the street” was thinking.In 2005, after 32 years of non-stop newspaper publication, I started the Dry Bones Blog. Every day I post a Dry Bones cartoon along with a column of explanation/commentary.But in the forty years that have passed since I made aliya in 1971, only once did I ever try to explain the vision and passion that had gripped my imagination and had totally changed the path of my life.Only once did I ever try to explain Zionism.I did it in 1993, in a graphic novel called Trees ...the Green Testament.
* * *
Here in Israel, I'm surrounded by the frenzied Passover gift-shopping in crowded shopping malls. So I've decided on a Passover gift to give my loyal readers. A copy of Trees. I've converted the 192-page graphic work into a "flipBook". It's a kind of eBook that feels like a book on paper. You use your mouse to grab page corners for page-turning. Neat!
* * *
To get your free copy of "Trees" just click on Trees, the Green Testament ...and there's a "Share" button on the flipBook so you can send a free copy to your friends too.

Next cartoon on Thursday April 21st.
For a full explanation of the writing of Trees, click HERE.

Today's Golden Oldie is from April 1981. Thirty years ago! Like today, it was just before Passover ...and like today I was getting ready for a U.S. tour. Back then, to leave the country I had to get a release form from "Haga" (the old guys home guard unit). My luggage had no wheels and I'd be out of touch (no Internet, eMail, Skype, laptop). The tour in 2011 will begin after Pessach. It starts on May 8th in Chicago. If I'll be in your neighborhood why don't you stop by? The schedule (as of now) is here.

This coming Monday evening, April 18, 2011 will be the start of Passover. Here in Israel everyone seems to be shopping for the holidays, doing their annual Passover "Spring Cleaning", and making holiday plans. Some, like me, are getting ready to grate, grind and bottle up their own horseraddish (a uniquely joyous yet tearful experience).

Today's "Golden Oldie" is a Dry Bones cartoon that I did 10 years ago. The idea for an Israeli CNN or al Jazeera never happened ...but here in Israel we're still swamped with, and addicted to, ...the News!

I'm a big fan of Western civilzation. I like the idea of freedom. I'd like to think that NATO's Mideast policy was wise, positive, and likely to make things "better". I drew the cartoon to ask the question. But I'm afraid that I know the answer.

The Dry Bones May 2011 US Tour
We're releasing the first dates for the upcoming 10-city U.S. tour! So if I'm coming to a town near you, come down to see me and hear me lay out my plan to save Western Civilization. I'll also be telling a few Jewish Jokes.If you're a supporter of Israel, whether Jew, Christian or other, this is something you won't want to miss! 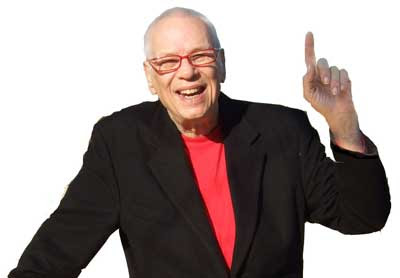 Come See Me!
Sponsored by Z Street and the National Council of Young Israel

If you don't recognize "Spooky Dude" as a nickname for George Soros, then you haven't been watching or listening to news commentator Glenn Beck. Beck has been condemned as an antisemite and portrayed as a whacko conspiracy theorist. He is neither. I am shocked that, like the Jewish State, he has been boycotted demonized and has had sanctions used against him. That his voice is being silenced in America's Main Stream Media is shameful. Here in Israel, I, and many others have in recent months begun watching Beck's TV shows online. Judge for yourself. Watch a few of his TV shows at: WatchGlennBeck.com
* * *
In May I'll be doing a ten-city U.S. Speaking Tour as part of my "Campaign to Turn Z Street into the Grass Roots Zionist Movement That We Need" . The first two cities that we are announcing are Philadelphia and Boston. So if you're a Zionist and you're in the neighborhood, don't be a stranger, come see me.Philadelphia: Sunday May 15, at 10AM, in Winnewood, Lancaster Ave. and Remington Road (Temple Beth Hillel - Beth El)
Boston: Thursday May 26, at 7:30PM, in Stoughton, at 1179 Central Street (the Ahavat Torah Synagogue).
* * *
Cities to be announced include NY, Chicago, Detroit, San Antonio, and others. LA is still open, so if your organization wants to host an event in May in LA, let me know or send an email to Rabbi Lerner at pesach@youngisrael.org. . . . and if anybody can set up a Glenn Beck Dry Bones meeting . . .

Today's "Golden Oldie" is the Dry Bones cartoon that I did exactly 25 years ago today! It was April 07, 1986 and Israel had not yet gone onto "Summer Time". It became a political issue and my cartoon alter ego, Mr. Shuldig, decided to get into the fight. In this cartoon he is a V-sign flashing, "sixties activist" for a supposed "movement" to turn our clocks ahead by one hour without government sanction!.
* * *
Cartooning points: In this cartoon I wrestled with two problems presented by my drawing style. One. Back then I did not draw dots in people's eyes. So in this cartoon I had to show the changing emotions on Mr. Shuldig's face with just eyebrows, mouth shapes, and squishing the old boy's head shape.And Two. All cartoonists draw in either a 5-fingered or 4-fingered style. My characters have 4-fingers. No problem. Unless they have to flash a V-sign. Like Mr. Shuldig, in the last panel. Awkward.

According to the Jerusalem Post(March 29):

Palestinian group seeks Peres' arrest in Switzerland"A pro-Palestinian human rights group has petitioned Switzerland's attorney-general to issue an arrest warrant for visiting President Shimon Peres.The petition, alleging that Peres should be held responsible for allegations made in "the UN's Goldstone report regarding the Israeli war on the Gaza Strip accuses Tel Aviv and its leaders of committing war crimes and humanitarian crimes." -more

U.N. Human Rights Council: Goldstone Report standsJERUSALEM (JTA) -- "The United Nations Human Rights Council said it will continue to use the Goldstone Report as written, despite its author's retraction of a key finding.Council spokesman Cedric Sapey told the Israeli daily Yediot Achronot on Monday that the Op-Ed written by Richard Goldstone appearing in The Washington Post of April 2 was his personal opinion and not that of the rest of the committee."-more

And then there's this Associated Press report (April 5):

Today's Golden Oldie is from 1981. Today's cartoon was published 30 years ago this month, in 1981, four days after U.S. President (and former Hollywood movie star) Ronald Reagan was shot, in an unsuccessful assasination attempt.As "Wikipedia recalls:

"The Reagan assassination attempt occurred on Monday, March 30, 1981, just 69 days into the presidency of Ronald Reagan. While leaving a speaking engagement at the Washington Hilton Hotel in Washington, D.C., President Reagan and three others were shot and wounded by John Hinckley, Jr. Reagan suffered a punctured lung, but prompt medical attention allowed him to recover quickly.Reagan was the first serving United States president to survive being shot in an assassination attempt." -more

The damage has been done. The lies and blood-libels have been swallowed. Officers of the IDF and leaders of the Jewish State are condemned as war criminals. And now Judge Goldstone himself says it was not true. So the question is, what happens next. And I'm going to go out on a limb and make a prediction. Here goes...
* * *
I predict that the next step will be to blame Israel for the inaccuracies of the U.N. Report.

I'm often surprised by what the media decides the News is. Right now the massive destruction in Japan has become a background story, as the media concentrates on exaggerating the potential danger of the damaged nuclear energy plants.