The terrible news has just come in. I have much to say, but this cartoon is the first.

According to Fox News:

"President Obama and many of the nation’s top economists entered 2014 predicting a breakout year for economic recovery. However, troubles in the housing sector indicate that there will be more economic difficulties confronting Americans and that several more years of mediocre growth lie ahead.
Residential construction only directly accounts for 3 percent of America's GDP, however, the vitality of the new and existing home markets importantly influences the economy in other, indirect ways.
Home prices significantly impact consumer confidence and household balance sheets, and in turn, these determine American's inclinations to spend at the mall, visit new car showrooms and power broader growth." -more

The Americans keep acting upon their own bizarre, naive, politically correct, and misguided beliefs about the Middle East.

According to the New York Jewish Week:

Misguided Presbyterian Vote
"By a 310-303 vote last week, a prominent American Protestant denomination made history. The Presbyterian Church, with about 1.8 million members, became the first major Christian group in this country to approve a resolution in favor of economic divestment from American businesses that make equipment that helps foster Israel’s occupation in the West Bank.
The amount of money that the Presbyterians will withdraw from Caterpillar, Hewlett-Packard and Motorola Solutions, $21 million, is relatively small in the world of international finance. But the message that the Presbyterian’s General Assembly sent last week in Detroit was huge: keep away from Israel." -more

Israel and the Kurds

And now, according to Bloomberg:

According to PressTV (the Iranian News station):

And according to the Christian Science Monitor:


Is Hillary Clinton trying to distance herself from Obama?
"In interviews Tuesday, Hillary Clinton seemed to draw distinctions between herself and the White House – on issues involving immigration and Iraq, for instance. This could be important for a presidential run." -more

How, after the Holocaust, were we able to convince ourselves that the Europeans were not our enemies?

We have just passed an important turning point.
History will, I believe, note its significance.
We can only guess

A family together in times of stress.

And it has been going on for some time now.

In response to the unfolding "Kidnapping our Boys" affair, I decided to run this golden oldie from back in 1975! It is a cartoon that I drew one year short of 40 years ago!!!

Getting it from Both Sides

According to Reuters News Agency:

Right-winger Reuven Rivlin elected Israel's president
Reuven Rivlin, a right-wing legislator opposed to the creation of a Palestinian state, was elected Israel's president on Tuesday to replace the dovish Shimon Peres in the largely ceremonial post.
Rivlin, 74, is a member of Prime Minister Benjamin Netanyahu's Likud party. He has a reputation for political independence and has had a frosty personal relationship with the Israeli premier. -more

the 10th President of the State of Israel 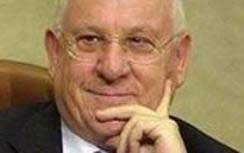 The generation gap is getting wider!

A sad truth that needs to be said. And understood.

Quote of the Day

This is one of the cartoons I drew before I took a few days off in Europe.

Tonight is Erev Shavuot. Shops, offices, and businesses across the country will close early, and sundown will usher in the Shavuot holiday. The food "theme" of this ancient Biblical holiday is ...CHEESE! This year I will be eating my cheese in Europe. I'll leave some cartoons to post while I'm gone. Enjoy!

Today's cartoon is a scene from my life. But it gets worse! I'll be out of the country later this week. And so the "Roaming " problem raises its head. Yikes! Meanwhile I left a few cartoons to go up while I'm away.