Happy New Year to us all!

"Hey listen to this!" said the LSW (Long Suffering Wife). Contrary to her request I did not pay attention as she read me something from the morning paper. A day or two later, while I was searching for a cartoon topic, she suggested "why don't you do a cartoon about that guy's idea?" My response was obviously "What guy? What idea?"Turns out that what she had read me was a piece about somebody suggesting that Israel move its remaining terrorist convicts to an unfortified prison in Sderot (Gaza's favorite missile target)."What a great idea!" I said (hearing it for the first time). Unfortunately, the LSW couldn't remember any further details. We couldn't decide on what day this particular instance of my having not listened had taken place and we couldn't find the paper in the newspaper pile in our kitchen. So I don't know who thought of it. I won't say that no one has given his proposal some serious thought, after all that's what produced today's Dry Bones cartoon.

Doobie the Dog has some loyal fans who have been demanding to see him more often.
Today's cartoon is my way of throwing them a bone.

The Pollard Affair is the Shame of America.

Merry Christmas to all our many Christian fans and friends.

We've Seen This Movie Before

Yup.
Scary times is when you have to read between the lines to figure out what they don't want you to know about. . . or when that thought sounds reasonable to you.

An intriguing question, no? 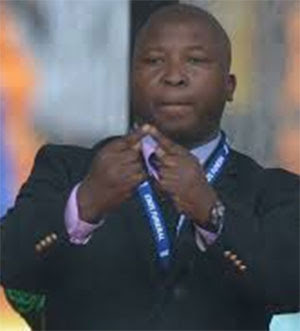 "Willie And The Hand Jive"

I know a cat named Way-Out Willie,
Got a cool little chick named Rocking Millie.
He can walk and stroll and Susie Q
And do that crazy hand jive, too.

Doctor and a lawyer and an Indian chief,
They all dig that crazy beat.
Way-Out Willie gave them all a treat
When he did that hand jive with his feet.

Willie and Millie got married last fall.
They had a little Willie junior and that ain't all.
Well, the kids got crazy and it's plain to see,
Doing the hand jive on T.V.

The reality that is traditionally covered up by the "peace plans" is the refusal to accept Israel as the Jewish state and as a natural part of the Middle East family of nations.

This cartoon was done in 1978.
Thirty five years ago as of this year!
The Assad in the cartoon is the current Syrian President Assad's father.

Great Ideas of the 20th Century: a series
to be continued

One possible answer to an ongoing question.

And that first step is a real killer!!.

Great Ideas of the 20th Century

Great Ideas of the 20th Century: a series
to be continued

Israel turns to the East

American foreign policy is pushing Israel to seek other alliances, while historically interfering with the Jewish State's attempts to do so.
* * *
Stopping an Israel-India deal in 1998? According to Radio Islam:

"according to Defense News, Washington particularly targeted Israel because of a number of sensitive arms deals with India on the horizon. Sources said that America was concerned over a possible $1 billion deal to provide India with an advanced phased-array early warning system called Falcon, which is installed on a Russian-manufactured Ilyushin-76 plane. The system is completely Israeli developed, so Washington does not have the automatic veto it does over other weapons systems - like the Arrow anti-ballistic missile - which contain US-made components or which the US helps fund. Indian Ambassador Ranjan Mathai confirmed that India is purchasing military equipment from Israel, but declined to go into details." "...There is no conflict between us. Nations are known to agree to disagree," said one official. There were suggestions that America is trying to tie Israel's hands so that it can sell to India itself. US officials said that they are confident Israel wouldn't sell weapons or weapons systems that would aid in India's controversial nuclear program or in some way be redirected to enemies of the state. "I'm confident we reached an understanding," said one US official." -more

An Israel-China deal stopped by the U.S.? According to The Arms Control Association in 2000:

"Aiming to end a prolonged public dispute with Washington, Israeli Prime Minister Ehud Barak told President Bill Clinton on July 11, the first day of a U.S.-brokered Middle East peace summit, that Israel would not complete a 1996 deal that would have given China its first advanced airborne early-warning (AEW) capability. Although upsetting China, the Israeli cancellation averted U.S. congressional threats to withhold aid to Israel if the AEW deal went forward. Washington and Tel Aviv are now holding high-level talks on strengthening their "strategic relationship" and avoiding similar future conflicts.The United States went public last fall with its long-held opposition to the estimated $1 billion deal for four Phalcon radar systems when the first Russian-supplied plane destined for China arrived in Israel to be outfitted with the system. Designed to provide simultaneous long-range tracking of multiple air and surface targets, the Phalcon radar system, according to U.S. government officials, could impact the Taiwan Strait military balance in China's favor.Citing the "need to help intimate relations" with the United States during and after the summit, Israel, the largest recipient of U.S. foreign assistance, publicly announced on July 12 that it would stop implementation of the Phalcon deal." -more

And recently a South Korean deal with Israel was stopped by America? According to HaAretz:

U.S. allegedly elbowed Koreans out of Israeli power plant deal "A tender to build a power plant in Rotem seems to have created an international diplomatic incident. A group that includes the South Korean company Posco and the Japanese company Mitsubishi had been poised to announce this week that it won the tender to build the plant on behalf of OPC, a company controlled by the Israel Corporation. But after the U.S. embassy allegedly got involved, and American officials met with Israel Corp. executives, sources told TheMarker, the company announced it would reopen negotiations with the American bidders, Woodgroup and General Electric." -more

Hag Sameah!
Happy Hanukkah to Us All!

Here's another "He and She" cartoon. Documenting the world of the "newly elderly." . . .loosely based on yours truly and the LSW (Long Suffering Wife).

Our Lights Shine On

Hag Sameah!
Happy Hanukkah to Us All!