Hope For the Best

Jordan is a moderate Arab state that lies between Iraq, Israel, Syria, and Saudi Arabia. The Kingdom is now trying to use TV to counter the growing Islamic threat it faces.

"Two weeks earlier, three detained Hamas activists were shown recounting a plot to stage attacks inside Jordan, and in March authorities said they had thwarted plans to blow up a major power plant.
The unusual broadcasts follow hotel bombings in Amman that killed 60 people last November November and which were claimed by the Iraq-based Jordanian militant Abu Musab al-Zarqawi, who has warned of more attacks in his homeland.
They also come against a background of rising violence across Jordan's eastern border in Iraq and economic crisis and political infighting in neighboring Palestinian territories after the militant Hamas movement swept to power in January.
Analysts say the Jordanian authorities are trying to reassure people that security forces still have a firm hand on the country."
- Full Story Here. 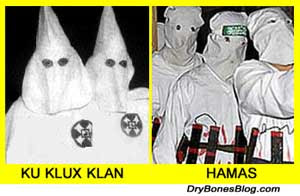