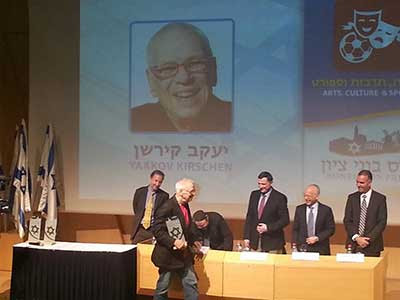 Above, the Award Ceremony

Below, intro from the Official Program:

The Nefesh B'Nefesh Bonei Zion Prize was established in September 2013 in order to formally recognize the achievements of outstanding Olim from English speaking countries and their contribution to the State of Israel.As Aliyah from Western countries continues to increase, English speaking Olim are making a remarkable impact on the Jewish State - Economically, socially, and culturally- contributing to Israeli Society in all fields of endeavor. These awards represent an expression of support for Olim whose contribution has helped better Israel in a meaningful way, and acknowledges those who encapsulate the spirit of modern-day Zionism by contributing in a significant way towards developing the State of Israel.
Below, The program entry about the Prize I was awarded
(Hint: It wasn't for Sports) 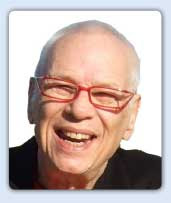 Yaakov Kirschen
Cartoonist "Dry Bones"
Culture, Sports and Arts:
" Yaakov Kirschen (USA, 1971), Creator of “Dry Bones”. Since its inception in the Jerusalem Post in 1973, Kirschen’s beloved comic strip “Dry Bones” has provided a quintessentially Zionist, satirical and unique view of Israel to the world. Kirschen’s work speaks to Anglo Jews around the globe and has spread a deeper and stronger feeling for Israel and Zionism."

* * * Below: a shot of yours truly and the LSW (Long Suffering Wife) who is holding the Bonei Zion Prize. We're at the Knesset, shortly after the award ceremony. 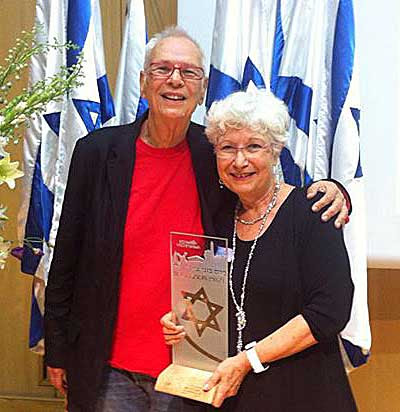