Obama Says Middle Name May Be Source of Israeli Skepticism"When President Obama was asked a question about Israeli skepticism of him during an interview with an Israeli television station, he suggested that his middle name Hussein may be a culprit. "I think what this [skepticism] arises from... some of it may just be the fact that my middle name is Hussein, and that creates suspicion," said Mr. Obama." -more

I was so flabbergasted by the President's amazing ignorance of Israel that the only answer I could post was the photo quiz below. 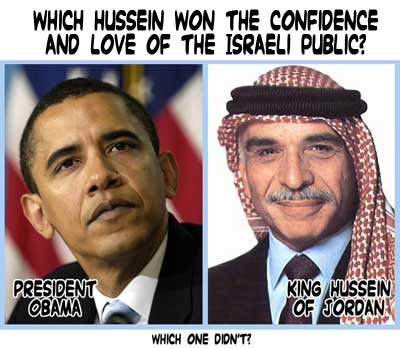