The Obama administration is upset and angry about a Jewish philanthropist's plan to build on a plot of land in East Jerusalem. A plot of land which he bought way back in 1985. . . . and which has resulted in a local dispute you probably have not heard about. Israeli Foreign Minister, Avigdor Lieberman has issued an order to place a photograph of the previous owner of the property in Israeli embassies and consulates. The "professionals" at the ministry are upset at being forced to comply. So here's the background to the story.On the property stands the abandoned "Shepherd Hotel". Unmentioned in the controversy is the fact that the building and land were previously owned by the family of the Islamic Mufti of Jerusalem, Haj Amin al-Husseini. So why does Lieberman want to put up the photos?Well there's this:

"Al Husseini was the notorious Nazi who mixed Nazi propaganda and Islam. He was wanted for war crimes in Bosnia by Yugoslavia. His mix of militant propagandizing Islam was an inspiration for both Yasser Arafat and Saddam Husein: He was also a close relative of Yasser Arafat and grandfather of the current Temple Mount Mufti." -more

"Husseini spent World War II in Berlin at Hitler's side. Husseini established a division of Muslim Nazis "the Hanzar" division and played a first-hand role in instigating the genocide of Europe's Jews, Serbs and Gypsies. After World War II, he actively recruited Nazi officers into the Arab governments of the Middle East." -more

So here's a few more photos of the man who managed to blend Nazi philosophy into Islam, and the former owner of the hotel that Obama is desperate to keep out of "Jewish hands": 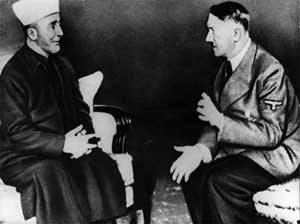 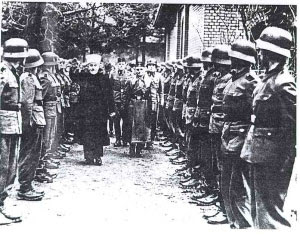 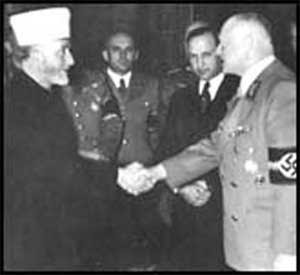 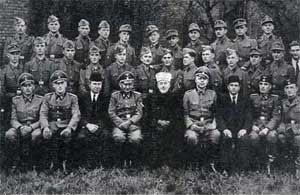