Dry Bones is a "minimalist" cartoon. No backgrounds. Simplistic line.
When I began the 'toon, back in 1973, I decided to use close-ups, a "talking heads" approach.
One problem that this presented was how to have the characters make gestures.
I came up with two devices.
In "the Hand" one character explains to another.
Using "the Finger", one character lectures the other. 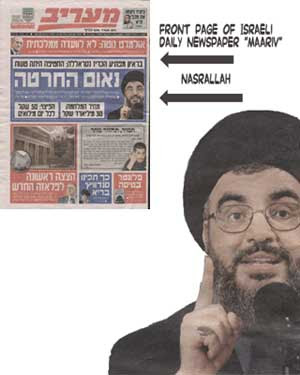 Oh, and to immerse yourself the history of the 2,500 year-old obscene gesture known as giving someone "the finger", (also known as "the bird", "flipping the bird", "you're number one", "the one-finger salute", "the highway salute", "flipping (someone) off", "showing someone the middle finger", "digital signaling", "thumbs up plus 2", "the good-bye salute" ) just click here.